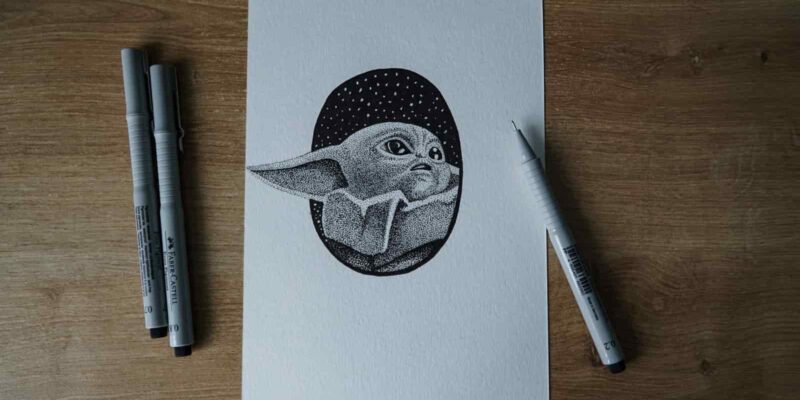 What is Textual Poaching?

Henry Jenkins explored how fans were taking the “semiotic raw materials” from popular media products and reworking the signs into something new. The academic called this process textual poaching. Instead of the audience simply consuming texts, they were now poaching its images and meanings to create their own versions and interpretations.

In order to “fully consume the fiction”, some fans manufactured their own “fanzine stories and novels, art prints, songs, videos, performances”. They also wrote quizzes, designed costumes, and visited conventions. This introduction to textual poaching will offer some examples of these creative expressions.

Fan art is an obvious example of textual poaching where “spectators” becoming “participants”. For instance, the following image is a screenshot of some artwork posted to the Harry Potter section of deviant.com:

Inspired by the original books and films, these wonderful digital works of art reimagine the settings and characters from the stories, but they are endorsed or commissioned by the copyright holders.

Jenkins liked the phrase textual poaching because it drew attention to the legal implications of borrowing and remaking someone else’s creation. Fans had to “trespass upon others’ property” and “internalise its meaning” to express their own ideas.

Fan fiction is another way textual poachers can offer new interpretations of media content. First established in 1998, FanFiction.net has enabled various fandoms to upload their creative writing to a wider audience. The Star Wars franchise remains the most popular source for fans, but the Marvel cinematic universe is offering strong competition for the top spot.

Rather than being controlled by the media content, Henry Jenkins argued ardent fans could “fully possess” and “fully consume” their favourite texts by playing with the “meanings and materials” in their own versions. Fan fiction certainly needs a “close engagement” with the original work.

Some fans have even been motivated to edit entire films. One of the most famous examples was an unauthorised version of “The Phantom Menace” (1999) which cut the Jar Jar Binks’ scenes from the narrative. The Los Angeles Times has a short article on the “proactive criticism” of the first prequel. The fan edit of “The Hobbit: An Unexpected Journey” (2012), which reduced the runtime by 42 minutes, is also worth mentioning.

Obviously, media institutions are very protective of their intellectual property (IP) so we are unable to provide links to these fan versions. Here is “Titanic” (1997) remixed with an adorable cat instead:

The star of the show, OwlKitty, has just under 2 million subscribers on YouTube and her videos have been viewed over 300 million times. You should also watch the behind the scenes footage because it overs tremendous insight into the amount of effort it takes to deliver even one minute of footage.

New digital technologies offer lots of opportunities for textual poachers because media content has become increasingly accessible. The protocol behind torrenting, for example, decentralised distribution and made it much easier to share large files online. Millions of people started to upload music and videos to sites such as The Pirate Bay so anyone with an internet connection and the right software could download the files.

PC magazines used to come with floppy disks containing fan-generated versions of popular computer games. Now those same enthusiasts could modify the original ROM file and share their skins, textures and gameplay with the world. Take a look at this finished fan game based on “The Legend of Zelda” series:

Developed by the talented Kyle Van Dongen, imagine the time, effort and passion that went into making this video game.

Free editing software is widely available online. If you cannot access a premium service, you should try GIMP – a free and open-source image editor. For film, you can download Lightworks for free. Most camera phones can record footage in high definition or shoot images in low light situations. Making your own multimedia content has never been easier.

Clay Shirky and the End of Audience

Prosumers and the Media